The Best Wireless Charger for iPhone X and iPhone 8

With the release of iPhone 8/8 Plus and iPhone X, Apple has finally joined the wireless charging revolution, which caused a quick and thriving development in the wireless charger market. At the iPhone event last year, Apple announced that it would have a wireless charging pad of its own, AirPower, which is built with the Qi standard and will allow you to charge your iPhone, Apple Watch, and earbuds all at the same time, but it hasn’t been released yet. The main reason for its absence is because of an overheating problem during charging since AirPower is not equipped with an active cooling function. So if it were to charge three devices simultaneously it would overheat. 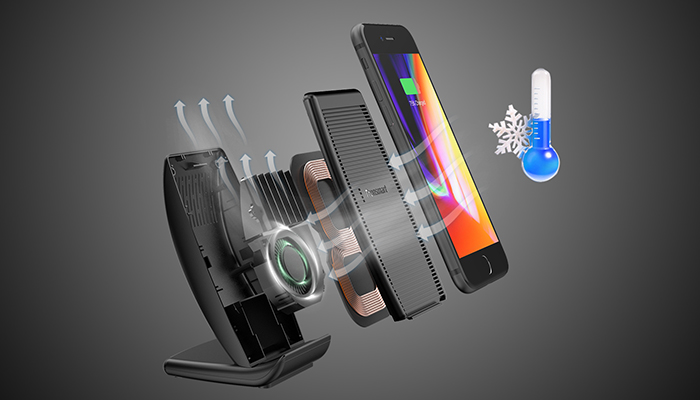 The three wireless chargers we tested all declare that they support 7.5W wireless fast charging for iPhone. Besides the apparent different appearance of the product, the most important distinction is whether there is an active cooling function or not. Let’s check them via specific comparison tests.

This ChargerLAb POWER-Z wireless charging tester is equipped with 5W, 7.5W, 10W charging modes. Set 7.5W to test, if it’s supported the fast charge buzzer will make a sound and the display power will be above 6W.

Mophie wireless charger first. When the wireless charging tester was put on it, the 7.5W fast charging mode was activated quickly. The display voltage is 6.15V, the current is 1.04A and the power is approx. 6.4W.

The second wireless charger is from Belkin. Activated 7.5W fast charging as well. The display voltage is 6.16V, the current is 1.04A and the power is about 6.4W.

The Tronsmart wireless charger also activated Apple 7.5W fast charging mode quickly. The display voltage is 6.22V, the current is 1.05A and the power is about 6.5W. 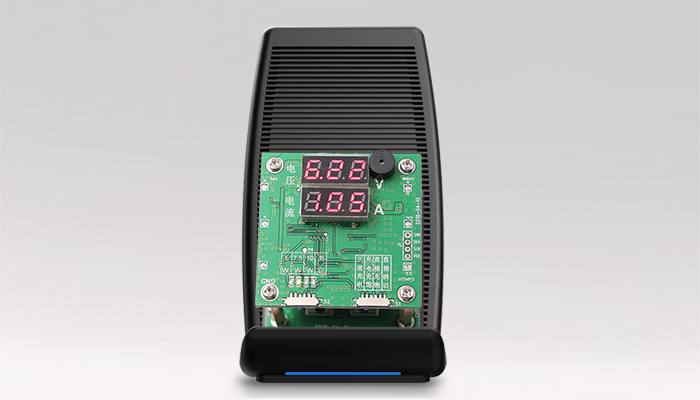 Next, we put these three wireless chargers with three iPhone X into the incubator at 28°C, monitor the output power and temperature through ChargerLAB POWER-Z KM001 multi-channel temperature tester and thermistor (sticks on the middle place of the back of iPhone X). The monitoring data are as follow:

From the image above, it can be seen that during the first 27mins, three wireless chargers charge almost the same amount of power for X. But in 28mins the difference appeared. Because of the cooling performance of wireless charger, the change between fast and standard charging was stable. Compared to the Belkin and Mophie that don’t have a cooling fan, the change between fast and standard charging was unstable. Because of this, Tronsmart has the obvious advantage. The Tronsmart wireless charger fully charged the iPhone X in about 3 hours and 45 minutes, which is more than an hour faster than the other two wireless chargers.

In the end in terms of design, Mophie and Belkin adopt charging pad design which is light and easy to carry while Tronsmart adopts a vertical design that is also convenient to carry. Tronsmart dual coil vertical wireless charger is suitable for office use as you can easily check the phone while working and entertainment like watching TV or playing games. In terms of charging the three wireless chargers all support Apple 7.5W fast charging. The built-in cooling fan in the Tronsmart wireless charger provides outstanding temperature control during charging, especially during the first 1 hour and 40 minutes. Controlled at around 40°C during high-power charging. Later when the output power reduces the temperature drops as well. It attributes to the powerful cooling fan. A built-in fan to keep the temperature down and the charging speed up. Tronsmart is nearly an hour faster to full charge the iPhone X than Mophie and Belkin. 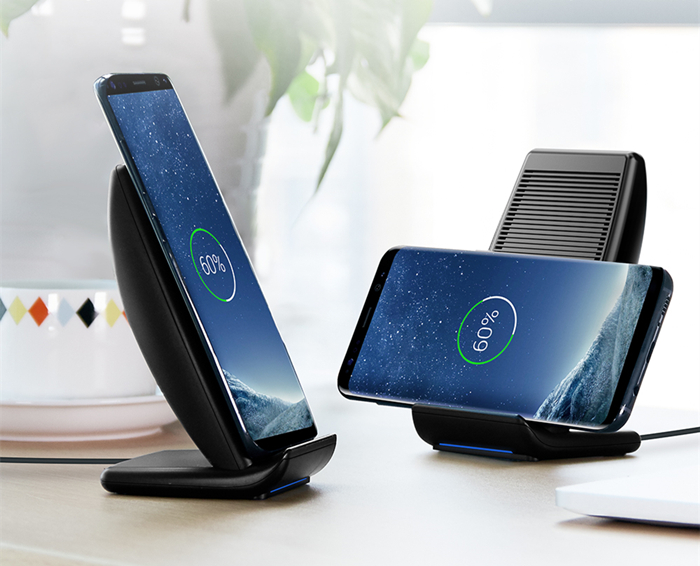